I have been a GNOME fan for as long as I can remember. It was Ubuntu/Gnome2 that got me interested in Linux about 5 years ago. My desktop looked like this in those days: 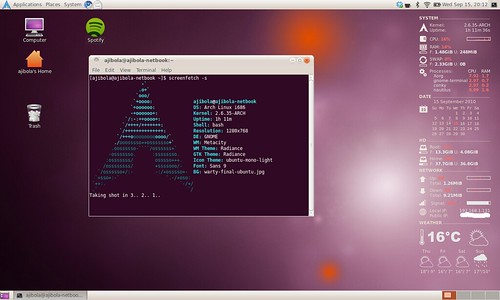 After the Gnome3/Gnome-Shell debacle, I decided to finally part ways with Gnome, using ArchLinux, I had a whole load of choices of DEs/WMs to use. I’ve used Openbox, i3, XFCE and finally KDE4, I have a fairly fast system with good specs so my system would be more than capable of running KDE4.

Without any modification, my KDE system looks like this:

I got tired of the KDE default look and I began tinkering with the interface, after a lot of hits and misses, I finally settled on this look: 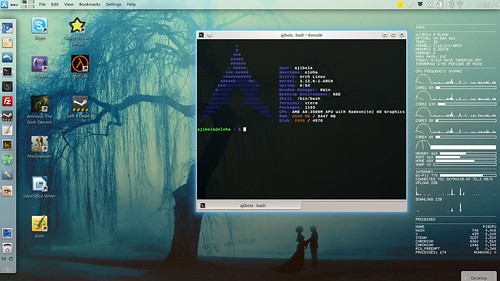 Things I did/installed to get this look on ArchLinux -

KDE4 offers a lot(a bit too much in my opinion) of packages as standard. I had to disable Nepomuk cos I don’t need it and it unnecessarily hogs my system resources.

Now, I have a very stable KDE4 installation running on ArchLinux and I think KDE4 is going to be running on my system for the foreseeable future.