The words Spectre and Meltdown sound like the name of some Hollywood thrillers (actually, Spectre is the twenty-fourth spy film in the James Bond film series), but this is not a film review, its actually pretty serious. Spectre and Meltdown are the names of two very serious security flaws that are found in computer processors.

This post does not expand on what those two flaws are, if you’re interested in learning more about Meltdown and Spectre, there are numerous articles already floating on the internet that do a great job of explaining what they are.

On Linux systems however, if you want to check if your Linux system is vulnerable against the 3 “speculative execution” CVEs which are:

You can use a script to check if your Linux Kernel has been patched to mitigate against the 3 CVEs mentioned above, the script in question is called Spectre & Meltdown Checker, download and run the script by running the following in your Linux terminal: 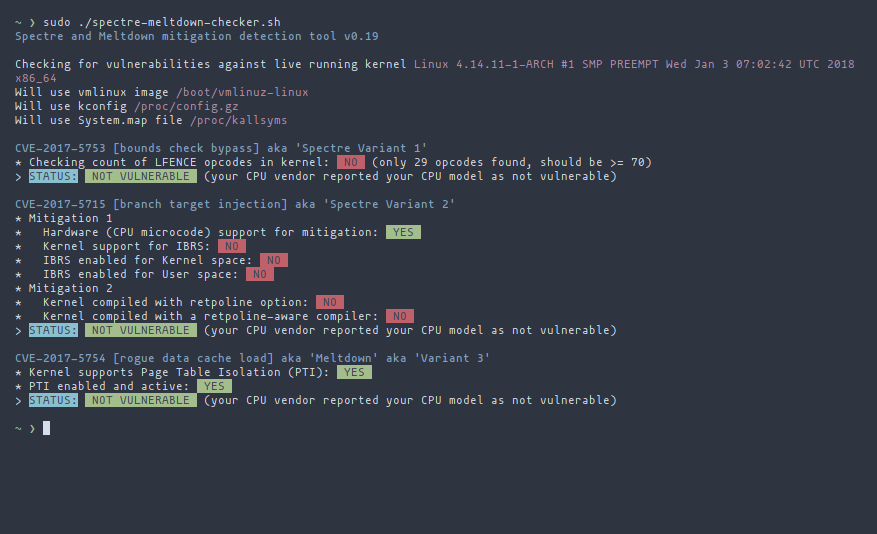